In the period of 1992 to 1996 a flat in Prague’s Krakovská 3 became known as Forum Stadtpark Prague. Overall fourteen exhibitions by Austrian and international artists, including Cosima von Bonin, Peter Weibel and Jörg Schlick, were organized by Elisabeth Fiedler, who was then director of the Fine Arts section of Forum Stadtpark Graz. In an interview which was conducted as part of the Erasmus+ Project Art Archives Exchange she shared her memories about the genesis of the idea to create a dependance of Forum Stadtpark in Prague after the fall of the iron curtain. 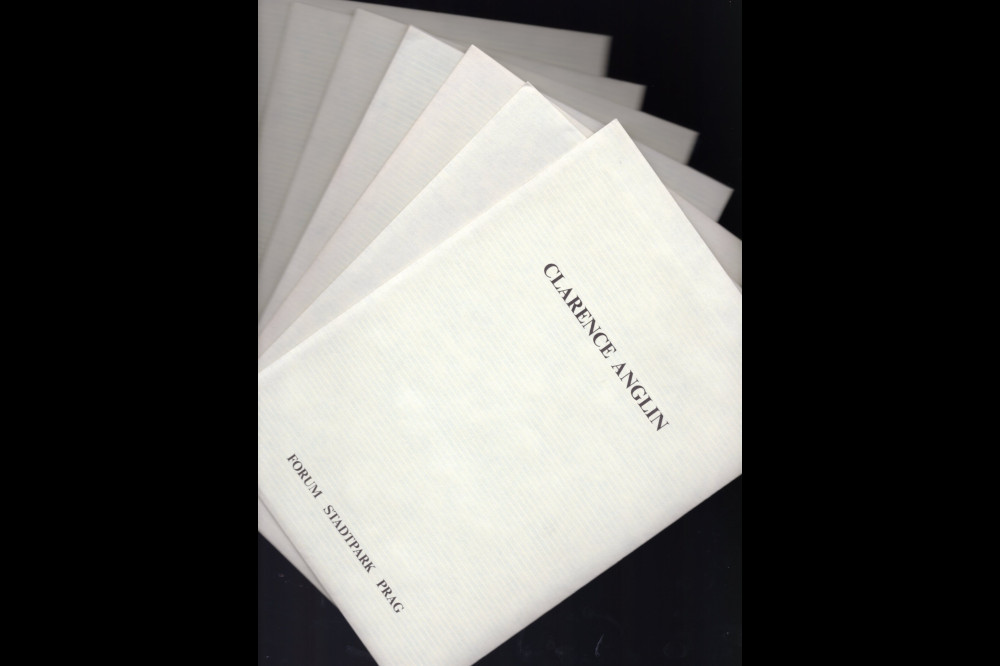 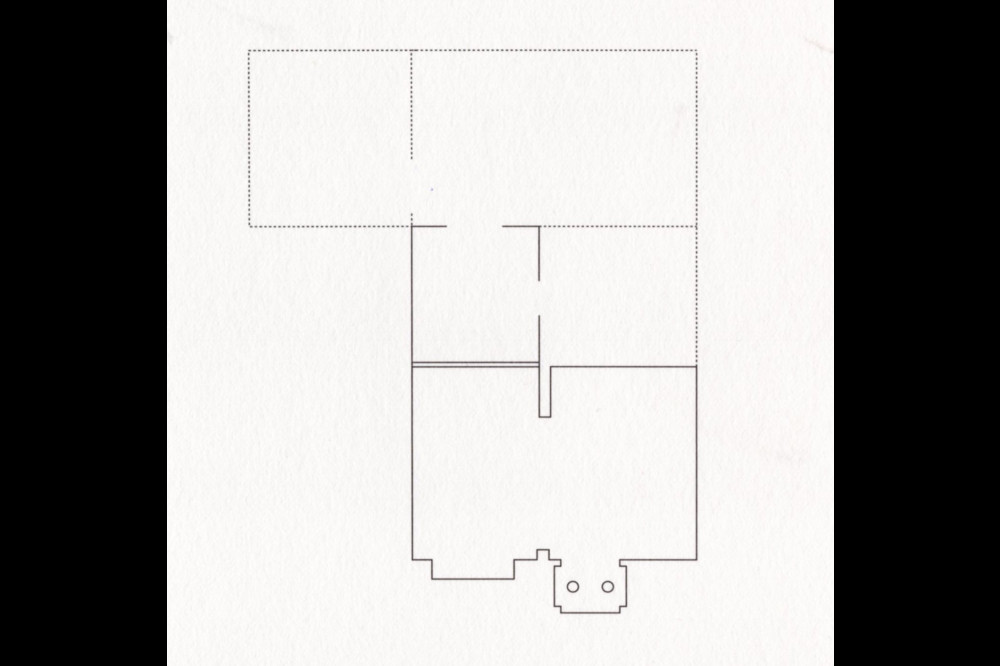 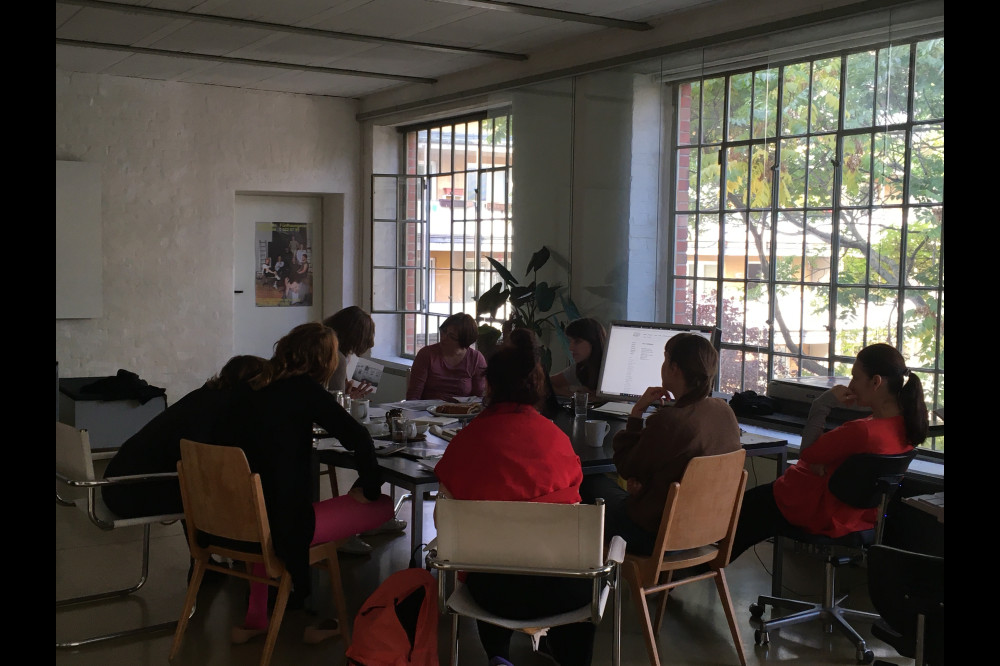 The interest in the history of Forum Stadtpark Prague was sparked by the second project meeting of the Erasmus+ project which took place at the Fine Art Archive in Prague. The question arose whether the archive had kept materials from this specific exhibition project. It turned out that neither the Fine Art Archive nor the basis wien archive could provide much material on this project that touched both Czech and Austrian exhibition history. Starting with tracking down publications and other materials related to Forum Stadtpark Prague to add to their respective holdings, the two archives began their common research. While these materials provided dates, images, texts and other valuable information, there were still a lot open questions, such as:

How can the opening of the exhibition space be understood in the context of political change in Prague?

Was the exhibition space regarded as political work? Was that a specific topic for the artists, how was the communication with the artists?

What was the practice of making art exhibitions in the early 1990s?

What is the role of the name Forum Stadtpark, an institution that plays an independent self-administered role in Austria's art scene, for Prague?

How has the activity in Prague been received by the local art scene? Was there a further exchange between Prague and Graz?

And so during a one week Learning, Teaching and Training Activity in the context of the Erasmus+ Project Art Archives Exchange —Educational Strategies for Contemporary Art Archivists which took place at basis wien in Vienna in October 2019, the participants met with Elisabeth Fiedler, who kindly agreed to an interview.

Elisabeth Fiedler, who studied art history in Graz, was director of the Fine Arts Section of Forum Stadtpark Graz from 1992-1996. Founded in 1959 and located in the adapted Stadtpark Cafe where it is still situated today, Forum Stadtpark is organized as an artists association and stands for an expanded definition of art, including Architecture, Literature, Fine Arts, Movie, Photography, Media Arts, Music, Theatre, Performance as well as Theory.

The idea to create a dependance of Forum Stadtpark in Prague, as it was then realised by Elisabeth Fiedler, evolved under her predecessor Jörg Schlick, who maintained close relationships with artists in centers such as Cologne and New York. After 1989 the fall of the iron curtain with its non-violent revolution created an atmosphere of immense excitement and a sense of great possibility, spurring the wish to make new connections.

Especially in Austria where the shared history with former parts of the Austro-Hungarian Empire is still present in traditions of food and culture, soon relations to artists in cities such as Prague were established. In 1992 artists from Prague were invited to show their works at Forum Stadtpark. Jörg Schlick and Elisabeth Fiedler wanted more than just putting a few artworks on show: The affordable prices allowed them to rent a small flat in Prague that in turn allowed artists to live there for a few weeks or months and really get to know the city in addition to exhibiting their works. The flat’s generous hallway served as exhibition space. Starting with Clarence Anglin in February 1992, exhibitions followed by Cosima von Bonin together with Ulrich Strotjohan, Dorit Margreiter and many more Austrian and international artists who were then mostly at the beginning of their careers. Exhibitions were realized with a small budget and lots of self-initiative. Soon Forum Stadtpark Prague developed into a central meeting space for communication and exchange between Czech and international artists in Prague. This was also thanks to the support of curator, art critic and artist Jiří Ševčík, who played an important role in making connections to local artists. The project was not continued after Elisabeth Fiedler left Forum Stadtpark in 1996 and finished with an exhibition by Jörg Schlick. Most of the exhibitions were documented in form of a small publication, designed by Jörg Schlick, a 8-page brochure in a fitting envelope, containing exhibition views and short texts by Elisabeth Fiedler.

Interviews constitute a great method to enrich knowledge and have become established good practice in art and other archives. They also mark a change to common archival practice insofar as the archivists become actively engaged in creating new content for their archives themselves. The interview yielded not only valuable information on an underdocumented project of the 1990s that deserves to be preserved for future generations. The preparation and processing of the interview afterwards proved also a good starting point to discuss and explore applications and methodologies regarding the medium „interview“ in archival practice, tying it in with the objectives of the Erasmus+ project Art archives Exchange, which aims to develop educational strategies in contemporary art archives.

Publications and materials as well as the interview transcript can be found in the participating archives.

This site uses cookies to offer you a better browsing experience. Find out more on how we use cookies.